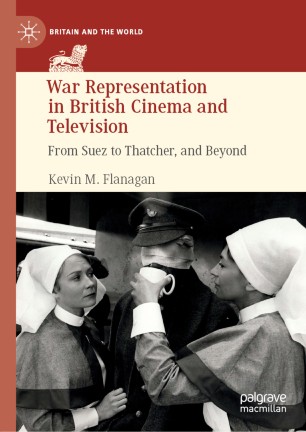 From Suez to Thatcher, and Beyond

"A highly original addition to the growing literature on war and film, Kevin Flanagan's welcome new study ranges beyond the narrow confines of the 'war film' to consider how war imagery and narratives are present across a wide range of British genres. Flanagan proves himself a perceptive cultural critic with a wide-ranging knowledge and deep understanding of British cinema and television. He has produced a study that is thoughtful and thought-provoking in equal measure, and which is not afraid to challenge dominant myths and existing preconceptions."

James Chapman, Professor of Film Studies at the University of Leicester and editor of the Historical Journal of Film, Radio and Television.

This book explores alternatives to realist, triumphalist, and heroic representations of war in British film and television. Focusing on the period between the Suez Crisis of 1956 and the Falkland War but offering connections to the moment of Brexit, it argues that the “lost continent” of existential, satirical, simulated, and abstractly traumatic war stories is as central to understanding Britain’s martial history as the mainstream inheritance. The book features case studies that stress the contribution of exiled or expatriate directors and outsider sensibilities, with particular emphasis on Peter Watkins, Joseph Losey, and Richard Lester. At the same time, it demonstrates concerns and stylistic emphases that continue to the present in television series and films by directors such as Lone Scherfig and Christopher Nolan. Encompassing everything from features to government information films, the book explores related trends in the British film industry, popular culture, and film criticism, while offering a sense of how these contexts contribute to historical memory.
Kevin M. Flanagan is Term Assistant Professor of English at George Mason University, USA. He is the editor of Ken Russell: Re-Viewing England’s Last Mannerist (2009) and has published essays in Screen, Framework, Critical Quarterly, and the Journal of British Cinema and Television, as well as in many edited collections and reference works.