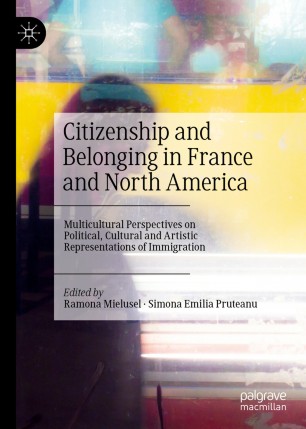 Citizenship and Belonging in France and North America

Multicultural Perspectives on Political, Cultural and Artistic Representations of Immigration

The first decades of the new millennium have been marked by major political changes. Although The West has wished to revisit internal and international politics concerning migration policies, refugee status, integration, secularism, and the dismantling of communitarianism, events like the Syrian refugee crisis, the terrorist attacks in France in 2015-2016, and the economic crisis of 2008 have resurrected concepts such as national identity, integration, citizenship and re-shaping state policies in many developed countries. In France and Canada, more recent public elections have brought complex democratic political figures like Emmanuel Macron and Justin Trudeau to the public eye. Both leaders were elected based on their promising political agendas that aimed at bringing their countries into the new millennium; Trudeau promotes multiculturalism, while Macron touts the diverse nation and the inclusion of diverse ethnic communities to the national model. This edited collection aims to establish a dialogue between these two countries and across disciplines in search of such discursive illustrations and opposing discourses. Analyzing the cultural and political tensions between minority groups and the state in light of political events that question ideas of citizenship and belonging to a multicultural nation, the chapters in this volume serve as a testimonial to the multiple views on the political and public perception of multicultural practices and their national and international applicability to our current geopolitical context.

Ramona Mielusel is Associate Professor of French and Francophone Studies at the University of Louisiana at Lafayette, USA

Simona Emilia Pruteanu is Associate Professor of French in the Department of Languages and Literatures at Wilfrid Laurier University, Canada

“This timely and astute volume problematizes and illuminates major political and social concerns in the West through a comparative lens between France and Canada. It should be on the reading list for anyone interested in current political and social developments.” (Per-Erik Nilsson, Associate Professor in Sociology of Religion, Uppsala University, Sweden, and author of French Populism and Discourses on Secularism (2019))
Buy options