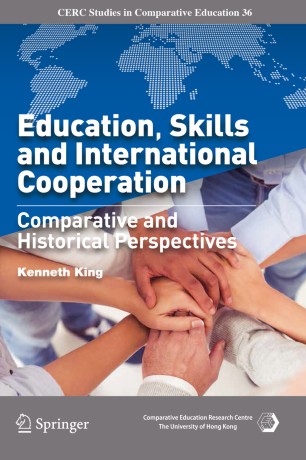 This book highlights some of Kenneth King’s diverse contributions to international and comparative education, African studies and development studies over more than four decades. From his pioneering work on the first educational commissions to Africa, through his research on skills training in the informal sector, and on to his critical analysis of education analysis in development agencies, this book makes influential materials available in one place. Appropriately, it illustrates his career-long connections with Kenya, but also his more recent engagement with Japan, China and India. It is the first CERC volume to pay significant attention to the policies and politics of skills development.

Kenneth King is an Emeritus Professor of the University of Edinburgh. He was based in and directed its Centre of African Studies for many years, and lectured on international perspectives in education and training in its School of Education. His research interests have addressed the politics and planning of skills development, including in the informal sector of the economy, aid policies towards education of both Western and Asian donors, and higher education cooperation. He founded NORRAG, the network for international policies and cooperation in education and training, in 1986, and edited NORRAG News until 2016. He was President of the British Association for International and Comparative Education (BAICE) from 2014-2016, and was one of the founding members of the UK Forum on International Education and Training (UKFIET).

“Kenneth King’s clarity of perception and memory makes the book a historic study … . King’s clarity of memory and reference pays personal tribute as well to many other key figures in policymaking whom he met, worked with and either admired or critiqued. These include Birger Frederikson, Ernesto Schiefelbein and Patricio Cariola, and contemporary scholars and economists like Amartya Sen. The list is itself a record of key thinkers and actors in the field of development.” (William Ozanne, International Review of Education, Vol. 65, 2019)
Buy options