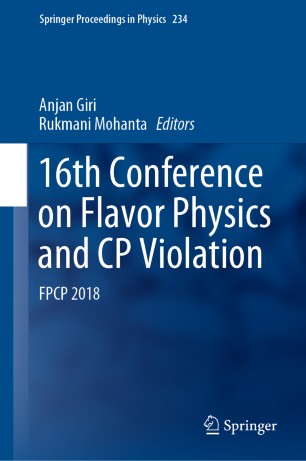 Presenting the proceedings of FPCP 2018, this book reviews the status quo of flavor physics and discusses the latest findings in this exciting area. Flavor physics has been instrumental in the formulation and understanding of the standard model, and it is possible that the direction of new physics will be significantly influenced by flavor sector, also known as the intensity frontier, making it possible to indirectly test the existence of new physics up to a very high scale, beyond that of the energy frontier scale accessible at the LHC.
The book is intended for academics around the globe involved in particle physics research, professionals associated with the related technologies and those who are interested in learning about the future of physics and its prospects and directions.