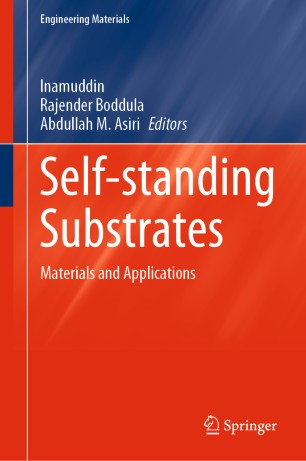 Prof. Abdullah M. Asiri is the Head of the Chemistry Department at King Abdulaziz University since October 2009 and he is the founder and the Director of the Center of Excellence for Advanced Materials Research (CEAMR) since 2010 till now. He is a Professor of Organic Photochemistry. He graduated from King Abdulaziz University (KAU) with a BSc in Chemistry in 1990 and a PhD from University of Wales, College of Cardiff, UK in 1995. He was promoted to a Professor in 2004. His research interest covers color chemistry, synthesis of novel photochromic, thermochromic systems, synthesis of novel coloring matters and dyeing of textiles, Materials Chemistry, Nanochemistry and nanotechnology Polymers and plastics. Prof. Asiri is the principal supervisors of more than 20 Msc and six PhD thesis; He is the main Author of ten books in different chemistry disciplines. Prof. Asiri is the Editor-in-Chief of King Abdulaziz University Journal of Science. A major achievement of Prof. Asiri is the discovery of tribochromic compounds, a class of compounds which change from slightly or colorless to deep colored when subjected to small pressure or when grind. This discovery  was introduced to the scientific community as a new terminology Published by IUPAC in 2000. This discovery was awarded a patent from European Patent office and from UK patent and some other patents office in Europe. Prof. Asiri involved in many committees at the KAU level and also on the national level, he took a major roll in the Advanced materials committee working for KACST to identify the National plan for science and technology in 2007. Prof. Asiri played a major role in advancing the chemistry education and research in KAU, he has been awarded the best Researchers from KAU for the past five years. He also awarded the Young Scientist award from the Saudi Chemical society in 2009, and also the first prize for the distinction in science from the Saudi chemical society in 2012. He also received a recognition certificate from the American Chemical society (Gulf region Chapter) for the advancement of chemical science in the Kingdome. Also he received a Scopus certificate for the most Publishing Scientist in Saudi Arabia in chemistry in 2008. He is also a member of the Editorial Board of Pigments and Resin Technology (UK), Organic Chemistry in Sight (New Zealand), Designed Monomers & Polymers and Journal of Single Molecule Research . He is the Vice- President of Saudi Chemical Society (Western Province Branch).  He hold Four USA patents, more than 800 Publications in international Journals, Seven book Chapters, and 10 Books.