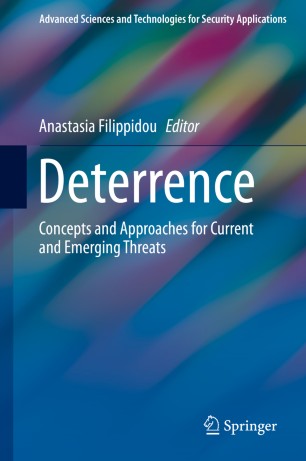 Concepts and Approaches for Current and Emerging Threats

This collection contributes to a growing field of research in a relatively under-studied area of interrogating the concept of deterrence itself through a multi-disciplinary approach. Through the use of primary and secondary sources, as well as interviews, this book covers a wide range of disciplinary approaches on deterrence and the contributors cover a broad array of subjects. The research assembled here focuses on deterring extremism, conflict resolution and diplomacy, investigating technological developments, effects of globalisation, social movements, economics, the relationship of resilience to effective deterrence, and the associated complexity of contemporary interdependencies to create a contextualised concept of modern deterrence. Social science and historical methodologies are utilized to gain a comprehensive cross-section of analysis that will reveal the strengths and weaknesses of the use of deterrence as a national security strategy, as well as highlighting the various types of power available for use by the state to create multi-faceted deterrence in order to deal effectively and efficiently with complex emerging challenges.