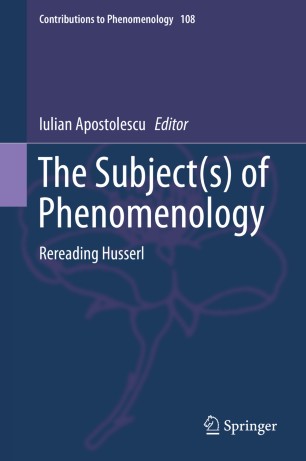 The Subject(s) of Phenomenology

Part of the Contributions to Phenomenology book series (CTPH, volume 108)

Bringing together established researchers and emerging scholars alike to discuss new readings of Husserl and to reignite the much needed discussion of what phenomenology actually is and can possibly be about, this volume sets out to critically re-evaluate (and challenge) the predominant interpretations of Husserl’s philosophy, and to adapt phenomenology to the specific philosophical challenges and context of the 21st century.

“What is phenomenology?”, Maurice Merleau-Ponty asks at the beginning of his Phenomenology of Perception – and he continues: “It may seem strange that this question still has to be asked half a century after the first works of Husserl. It is, however, far from being resolved.” Even today, more than half a century after Merleau-Ponty’s magnum opus, the answer is in many ways still up for grasp. While it may seem obvious that the main subject of phenomenological inquiry is, in fact, the subject, it is anything but self evident what this precisely implies: Considering the immense variety of different themes and methodological self-revisions found in Husserl’s philosophy – from its Brentanian beginnings to its transcendental re-interpretation and, last but not least, to its ‘crypto-deconstruction’  in the revisions of his early manuscripts and in his later work –, one cannot but acknowledge the fact that ‘the’ subject of phenomenology marks an irreducible plurality of possible subjects.

Paying tribute to this irreducible plurality the volume sets out to develop interpretative takes on the phenomenological tradition which transcend both its naive celebration and its brute rejection, to re-articulate the positions of other philosophers within the framework of Husserl’s thought, and to engage in an investigative dialogue between traditionally opposed camps within phenomenology and beyond.

His current projects include two edited volumes on the German philosopher Eugen Fink and a special issue on the “Varieties of the Lebenswelt”.