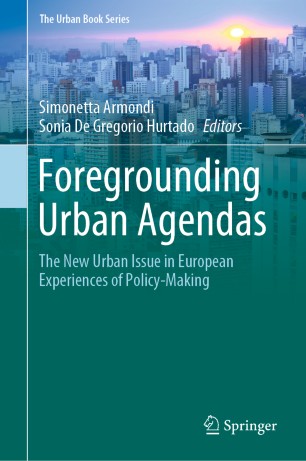 The New Urban Issue in European Experiences of Policy-Making

This book highlights the discontinuities and the ongoing development of the urban question in policy-making in the context of the controversial current issues of global reversal and regional revival. It critically examines contemporary public policies and practices at the urban, regional and national scales in order to offer a timely contribution to the debate on the significance of the urban dimension and interpretation in terms of the theory, policy and practice of social-spatial research in the twenty-first century.

Focusing on Europe, it explores the current urban policy agendas at different scales - and the mobility of those agendas -, their implications, contradictions and controversies. It brings together original contributions from multiple disciplines but with an urban perspective, including empirical case studies and critical discussions of the following topics:

Given its scope, the book is of interest to urban, regional and EU policy-makers, scholars and students working in the fields of urban geography, urban studies, EU urban and regional policies, and planning.