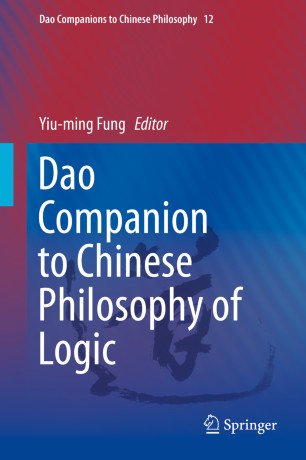 This book is a companion to logical thought and logical thinking in China with a comparative and interdisciplinary perspective. It introduces the basic ideas and theories of Chinese thought in a comprehensive and analytical way. It covers thoughts in ancient, pre-modern and modern China from a historical point of view. It deals with topics in logical (including logico-philosophical) concepts and theories rooted in China, Indian and Western Logic transplanted to China, and the development of logical studies in contemporary China and other Chinese communities. The term “philosophy of logic” or “logico-philosophical thought” is used in this book to represent “logical thought” in a broad sense which includes thinking on logical concepts, modes of reasoning, and linguistic ideas related to logic and philosophical logic. Unique in its approach, the book uses Western logical theories and philosophy of language, Chinese philology, and history of ideas to deal with the basic ideas and major problems in logical thought and logical thinking in China. In doing so, it advances the understanding of the lost tradition in Chinese philosophical studies.

Yiu-ming Fung was a chair professor of the Division of Humanities at the Hong Kong University of Science and Technology and is currently a visiting professor of the Department of Philosophy at Taiwan Tunghai University. He is an analytic philosopher with special interest in Chinese philosophy, including Confucianism, Buddhism and Chinese Logic, and comparative philosophy.