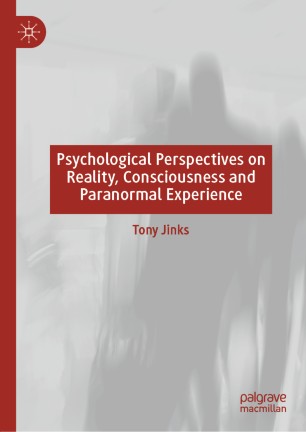 This book explores various explanatory frameworks for paranormal encounters. It opens with the story of an inexplicable human figure seen crossing a secluded hotel corridor, interpreted as a ghost by the sole witness. The subsequent chapters explore the three most important historical perspectives accounting for this and other types of paranormal experience. Each perspective is examined from first principles, with specific reference to what happened in the corridor, how it happened, why it happened, and who might be responsible.

The first perspective considers the experience to be legitimate – to be something real – and various possibilities are presented that are grounded in the paranormal and parapsychological literature, among which a “ghost” is one putative explanation. In turn, the second perspective treats the experience as being wholly illegitimate. With reference to psychological theory, the ghost sighting is a product of erroneous consciousness. The third perspective is different yet again, and considers the sighting to be authentic, but argues that explaining the ghost requires a radical departure from conventional models of reality and consciousness. By contrasting these three paths, the book provides a valuable resource for readers interested in the philosophical and psychological origins of explanations for paranormal experiences, from the 19th century to the present. It will appeal to general readers in addition to students and scholars of parapsychology, anomalistic psychology, and consciousness studies.

Tony Jinks is Senior Lecturer at the School of Social Sciences and Psychology, Western Sydney University, Australia. He teaches biological psychology, publishes in the field of parapsychology and paranormal experience, and is a Past-President of the Australian Institute of Parapsychological Research.