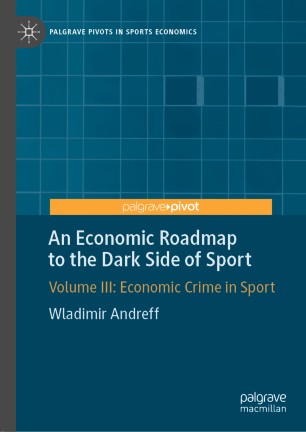 An Economic Roadmap to the Dark Side of Sport

This Palgrave Pivot forms the final part of Andreff's trilogy reviewing the economic aspects of criminal behaviour in sports. In this volume, Andreff focuses on the most economically significant manipulations jeopardising the future of current, modern, sport: rigged online sport betting and doping. The former is framed as a new business undertaken by global criminal networks linked to economic globalisation, whilst the latter discusses empirical evidence, definitions, regulations and various regional and sporting case studies. Andreff summarises by using game theory to propose a new incentive scheme that could act as a solution for addressing such criminal activity in future.

This book will be of interest to students, researchers and journalists in sports science, sports management and sports economics.