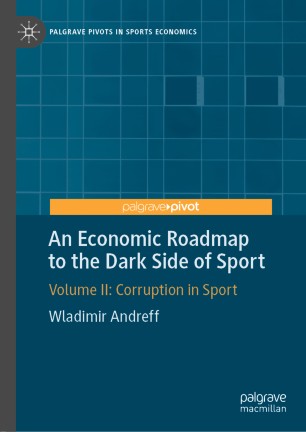 An Economic Roadmap to the Dark Side of Sport

This Palgrave Pivot surveys facts and cases exhibiting and exemplifying corruption in sport. The standard economic theory (economics of crime, game theory) is introduced alongside the economic methods (sanctions, etc.) which are currently derived from it to combat corrupt sport and their limitations. The complexity and multidimensional nature of sports corruption are examined, and a focus is applied to certain types of corruption that are unique to the sports industry. Corruption is revealed to be the outcome of weak and deficient governance structures.

The book is divided into three volumes. Volume II presents a variety of corruption facts in different sports, in different countries and continents in order to exhibit how much corrupt sport is globalised. Some changes in governance are suggested that may pave the way to more effective combat against corruption in sports.

This book will be of interest to students, researchers and journalists in sports science, sports management and sports economics.