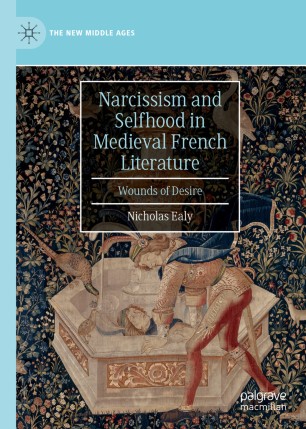 This book offers analyses of texts from medieval France influenced by Ovid’s myth of Narcissus including the Lay of Narcissus, Alain de Lille’s Plaint of Nature, René d’Anjou’s Love-Smitten Heart, Chrétien de Troyes’s Story of the Grail and Guillaume de Machaut’s Fountain of Love. Together, these texts form a corpus exploring human selfhood as wounded and undone by desire. Emerging in the twelfth century in Western Europe, this discourse of the wounded self has survived with ever-increasing importance, informing contemporary methods of theoretical inquiry into mourning, melancholy, trauma and testimony. Taking its cue from the moment Narcissus bruises himself upon learning he cannot receive the love he wants from his reflection, this book argues that the construct of the wounded self emphasizes fantasy over reality, and that only through the world of the imagination—of literature itself—can our narcissistic injuries seemingly be healed and desire fulfilled.