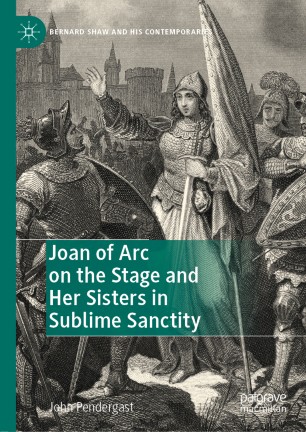 This book examines the figure of Joan of Arc as depicted in stage works of the nineteenth and twentieth centuries, especially those based on or related to Schiller’s 1801 romantic tragedy, Die Jungfrau von Orleans (The Maid of Orleans).  The author elucidates Schiller’s appropriation of themes from Euripides’s Iphigenia plays, chiefly the quality of “sublime sanctity,” which transforms Joan’s image from a victim of fate to a warrior-prophet who changes history through sheer force of will.  Finding the best-known works of his time about her – Voltaire’s La pucelle d’Orléans and Shakespeare’s Henry VI, part I – utterly dissatisfying, Schiller set out to replace them. Die Jungfrau von Orleans was a smashing success and inspired various subsequent treatments, including Verdi’s opera Giovanna d’Arco and a translation by the father of Russian Romanticism, Vasily Zhukovsky, on which Tchaikovsky based his opera Orleanskaya deva (The Maid of Orleans).  In turn, the book’s final chapter examines Shaw’sSaint Joan and finds that the Irish playwright’s vociferous complaints about Schiller’s “romantic flapdoodle” belie a surprising affinity for Schiller’s approach.