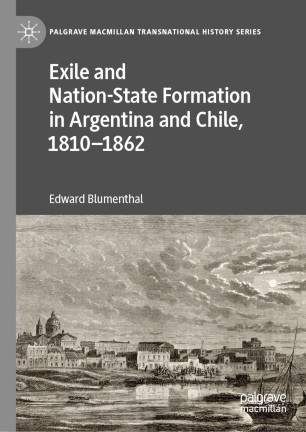 Exile and Nation-State Formation in Argentina and Chile, 1810–1862

This book traces the impact of exile in the formation of independent republics in Chile and the Río de la Plata in the decades after independence. Exile was central to state and nation formation, playing a role in the emergence of territorial borders and Romantic notions of national difference, while creating a transnational political culture that spanned the new independent nations. Analyzing the mobility of a large cohort of largely elite political émigrés from Chile and the Río de la Plata across much of South America before 1862, Edward Blumenthal reinterprets the political thought of well-known figures in a transnational context of exile. As Blumenthal shows, exile was part of a reflexive process in which elites imagined the nation from abroad while gaining experience building the same state and civil society institutions they considered integral to their republican nation-building projects.