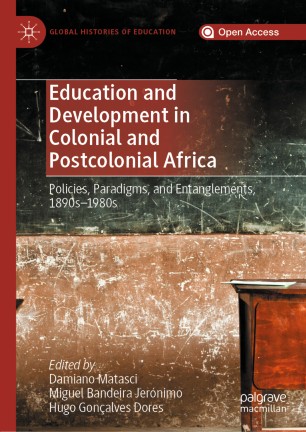 Education and Development in Colonial and Postcolonial Africa

Part of the Global Histories of Education book series (GHE)

This open access edited volume offers an analysis of the entangled histories of education and development in twentieth-century Africa. It deals with the plurality of actors that competed and collaborated to formulate educational and developmental paradigms and projects: debating their utility and purpose, pondering their necessity and risk, and evaluating their intended and unintended consequences in colonial and postcolonial moments. Since the late nineteenth century, the “educability” of the native was the subject of several debates and experiments: numerous voices, arguments, and agendas emerged, involving multiple institutions and experts, governmental and non-governmental, religious and laic, operating from the corridors of international organizations to the towns and rural villages of Africa. This plurality of expressions of political, social, cultural, and economic imagination of education and development is at the core of this collective work.

Damiano Matasci is Research Fellow at the Institute of Political Studies of the University of Lausanne, Switzerland. His research focuses on the history of education in Europe and colonial Africa.

Miguel Bandeira Jerónimo is Professor and Research Fellow at the Centre for Social Studies at the University of Coimbra, Portugal. He has been working on the historical intersections between internationalism(s) and imperialism, and on the late colonial entanglements between idioms and repertoires of development and of control and coercion in European colonial empires.

Hugo Gonçalves Dores is a Postdoctoral Researcher at the Centre for Social Studies at the University of Coimbra, Portugal. His research addresses educational policies, international organizations activities (CCTA and UNESCO), and State-Church relations in colonial contexts.