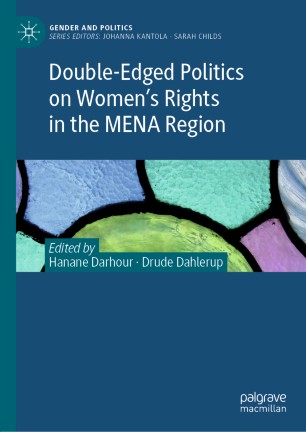 Double-Edged Politics on Women’s Rights in the MENA Region

While the Arab Uprisings presented new opportunities for the empowerment of women, the sidelining of women remains a constant risk in the post-revolutionist MENA countries. Changes in the position of women are crucial to the reconfiguration of state-society relations and to the discussions between Islamist and secular trends. Theoretically framed and based on new empirical data, this edited volume explores women’s activism and political representation as well as discursive changes, with a particular focus on secular and Islamic feminism, and changes in popular opinions on women’s position in society. While the contributors express optimistic as well as more pessimistic views for the future, they agree that this is a period of uncertainty for women in the region, and that support by ruling elites towards women’s rights remains ambiguous and double-edged.

Hanane Darhour is Associate Professor at the Polydisciplinary Faculty of Ouarzazate, Ibn Zohr University, Morocco. She is the author of Implementation of Electoral Gender Quotas: Evidence from the 2002 Moroccan Elections (2012).

Drude Dahlerup is Professor of Political Science at Stockholm University, Sweden, and Honorary Professor at Roskilde University, Denmark. She has published extensively on gender and politics, gender quota systems, the history of women’s movements, and theories of feminism, including Has Democracy Failed Women? (2018).