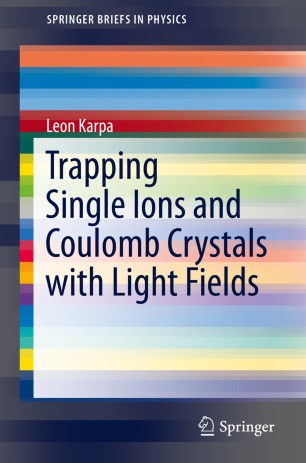 This book describes the state-of-the-art in the emerging field of optical trapping of ions, as well as the most recent advances enabling the use of this technique as a versatile tool for novel investigations in atomic physics. The text provides a detailed explanation of the requirements for optical trapping of ions, replete with a protocol for optical ion trapping, including preparation, transfer, and detection. The book also highlights the experimental requirements for extending the presented scheme to optical trapping of linear ion chains. Lastly, this text elaborates on the key features of the described approach, such as the capability to arrange single strongly interacting atoms in scalable, state-selective and wavelength-sized optical potentials without the detrimental impact of driven radiofrequency fields conventionally used to trap ions. The described results demonstrate that the developed methods are suitable for new experimental investigations, most notably in the field of ultracold interaction of ions and atoms, but also in quantum simulations and metrology. The book's practical bent is perfect for anyone attempting to build an experiment related to the field or understand the limitations behind current experiments.