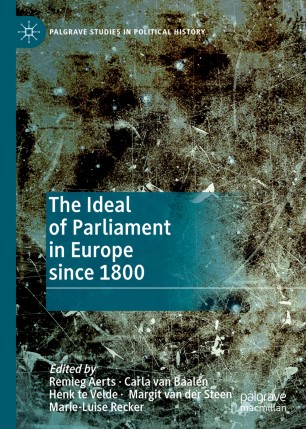 The Ideal of Parliament in Europe since 1800

This edited collection explores the perceptions and memories of parliamentarianism across Europe, examining the complex ideal of parliament since 1800. Parliament has become the key institution in modern democracy, and the chapters present the evolution of the ideal of parliamentary representation and government, and discuss the reception and value of parliament as an institution. It is considered both as a guiding concept, a Leitidee, as well as an ideal, an Idealtypus. The volume is split into three sections. The establishment of parliament in the nineteenth century and the transfer of parliamentary ideals, models and practices are described in the first section, based on the British and French models. The second part explores how the high expectations of parliamentary democracy in newly-established states after the First World War gradually started to subside into dissatisfaction. Finally, the last section attests to its resilience after the Second World War, demonstrating the strength of the ideal of parliament and its power to incorporate criticism. Examining the history of parliament through concepts and ideals, this book traces a transnational, European exchange of models, routines and discourse.