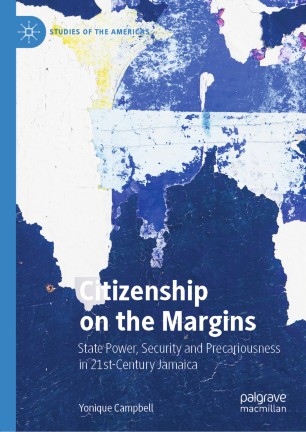 Citizenship on the Margins

This book critically explores the impact of national security, violence and state power on citizenship rights and experiences in Latin America and the Caribbean. Drawing on cross-country analyses and fieldwork conducted in two “garrisons,” a middle-class community and among policy elites in Jamaica—where high levels of violence, in(security) and transnational organized crime are transforming state power —the author argues that dominant responses to security have wider implications for citizenship. The security practices of the state often result in criminalization, police abuse, violation of the rights of the urban poor and increased securitization of garrison spaces. As the tension between national security and citizenship increases, there is a centrality of the local as a site where citizenship is (re)defined, mediated, interpreted, performed and given meaning. While there is a dominant security discourse which focuses on state security, individuals at the local level articulate their own narratives which reflect lived-experiences and the particularities of socio-political milieu.
Yonique Campbell is Lecturer of Public Policy and Management in the Department of Government, University of the West Indies, Jamaica. Her research focuses on security, violence, state legitimacy and substantive citizenship in Latin America and the Caribbean.