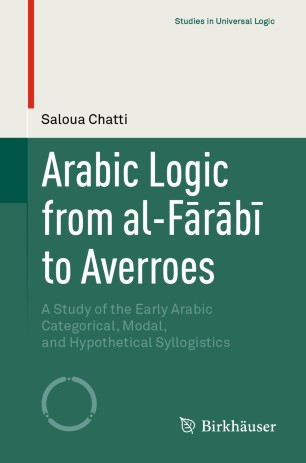 Arabic Logic from al-Fārābī to Averroes

A Study of the Early Arabic Categorical, Modal, and Hypothetical Syllogistics

This monograph explores the logical systems of early logicians in the Arabic tradition from a theoretical perspective, providing a complete panorama of early Arabic logic and centering it within an expansive historical context. By thoroughly examining the writings of the first Arabic logicians, al-Fārābī, Avicenna and Averroes, the author analyzes their respective theories, discusses their relationship to the syllogistics of Aristotle and his followers, and measures their influence on later logical systems.

Beginning with an introduction to the writings of the most prominent Arabic logicians, the author scrutinizes these works to determine their categorical logic, as well as their modal and hypothetical logics. Where most other studies written on this subject focus on the Arabic logicians’ epistemology, metaphysics, and theology, this volume takes a unique approach by focusing on the actual technical aspects and features of their logics. The author then moves on to examine the original texts as closely as possible and employs the symbolism of modern propositional, predicate, and modal logics, rendering the arguments of each logician clearly and precisely while clarifying the theories themselves in order to determine the differences between the Arabic logicians’ systems and those of Aristotle. By providing a detailed examination of theories that are still not very well-known in Western countries, the author is able to assess the improvements that can be found in the Arabic writings, and to situate Arabic logic within the breadth of the history of logic. This unique study will appeal mainly to historians of logic, logicians, and philosophers who seek a better understanding of the Arabic tradition. It also will be of interest to modern logicians who wish to delve into the historical aspects and progression of their discipline. Furthermore, this book will serve as a valuable resource for graduate students who wish to complement their general knowledge of Arabic culture, logic, and sciences.