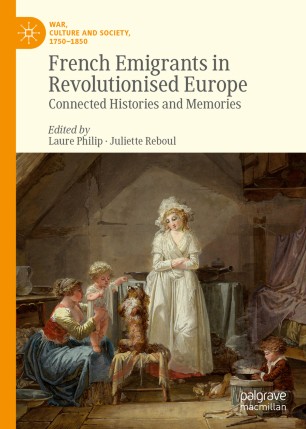 ‘This is a fascinating collection of essays which significantly enhances our understanding of how French émigrés were agents of cultural, social, and political modernity on a global stage. It offers new methodological and conceptual approaches to studying emigration and will become required reading for anyone working in the field.’

The French emigration was an exilic movement triggered by the 1789 French Revolution with long-lasting social, cultural, and political impacts that continued well into the nineteenth century. At times paradoxical, the political and legal implications of being an émigré are detangled in this edited collection, thus bringing to light unexpected processes of tensions and compromises between the exiles and their host societies. The refugee/host contact points also fostered a series of cultural transfers. This book argues that the French emigration ought to be seen within the broader context of an ‘Age of Exile’, a notion that better encompasses the dynamics of migration that forced many to re-imagine their relation to a nation and define their displaced identities. Revisiting the historiography of the last twenty years from an interdisciplinary perspective, this volume challenges pre-existing beliefs on the journeys and re-settlements – in Europe and beyond – of the French émigré community.