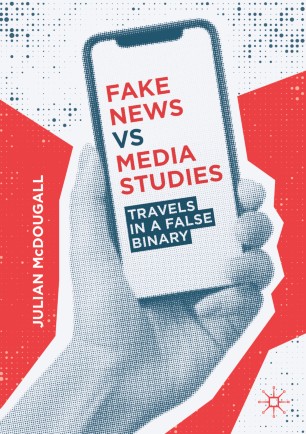 Travels in a False Binary

'This book is a timely and important contribution to debates about the role of media education in an era of ‘Fake News’. McDougall lets us hear from key figures in the field as he makes a convincing case for media literacy to be a compulsory component in young people’s formal education. An essential read.'
—Dave Harte, Birmingham City University, UK
This book explores the place of Media Studies in the age of ‘fake news’, analysing the calls for a curriculum of critical news literacy as part of a cyclical policy debate. With the need for young people in democracies to understand mainstream news agendas and take a critical perspective on social media news, including so-called ‘fake news’, this book argues for Media Studies as a mandatory subject.  However, ‘fake news’ is not presented in the book as a stable, neutral term with a clear definition, but is instead defined as an idea that risks obscuring the key critical and political premise of Media Studies. All media representation requires critical deconstruction: therefore, any distinction between ‘real’ and ‘fake’ media is a false binary.
The author draws together two narrative strands: one analysing contemporary news and journalism, featuring interviews with journalists and news commentators, and the other re-appraising the discipline of Media Studies itself. This bold and innovative book will appeal to all those interested in the nebulous and often confusing media landscape, as well as students and practitioners of Media Studies.
Julian McDougall is Professor in Media and Education and Head of the Centre for Excellence in Media Practice at Bournemouth University, UK. He edits Media Practice and Education and convenes the annual Media Education Summit.