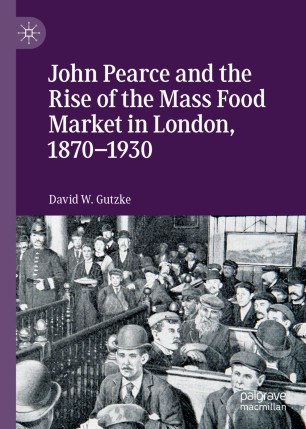 At the center of sweeping change to food retailing practices in Victorian and Edwardian England lies one man: John Pearce. An innovative businessman and a quintessential rags-to-riches success story, Pearce was at the forefront of the rise of the mass food market in London. With his catering company Pearce & Plenty, he fed millions of workers who wanted fast, nutritious, and tasty food. David W. Gutzke mines a wide range of primary sources to offer a portrait of a pivotal figure in London and a leader of the temperance catering movement who had “done more than can be readily recognised to render London a sober city.”  By studying Pearce’s companies as well as those of his competitors, this book documents a half century of changing consumption habits in London.