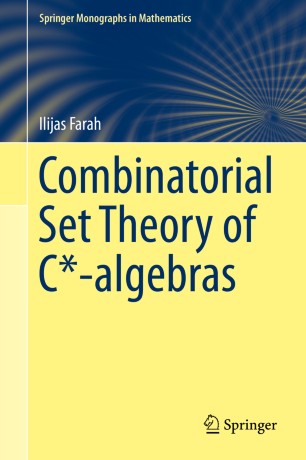 This book explores and highlights the fertile interaction between logic and operator algebras, which in recent years has led to the resolution of several long-standing open problems on C*-algebras. The interplay between logic and operator algebras (C*-algebras, in particular) is relatively young and the author is at the forefront of this interaction. The deep level of scholarship contained in these pages is evident and opens doors to operator algebraists interested in learning about the set-theoretic methods relevant to their field, as well as to set-theorists interested in expanding their view to the non-commutative realm of operator algebras. Enough background is included from both subjects to make the book a convenient, self-contained source for students.  A fair number of the exercises form an integral part of the text. They are chosen to widen and deepen the material from the corresponding chapters. Some other exercises serve as a warmup for the latter chapters.