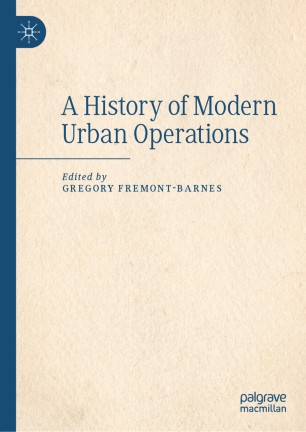 A History of Modern Urban Operations

This book investigates the complexities of modern urban operations—a particularly difficult and costly method of fighting, and one that is on the rise. Contributors examine the lessons that emerge from a range of historical case studies, from nineteenth-century precedents to the Battle of Shanghai; Stalingrad, German town clearance, Mandalay, and Berlin during World War II; and from the Battle of Algiers to the Battle for Fallujah in 2004. Each case study illuminates the features that differentiate urban operations from fighting in open areas, and the factors that contribute to success and failure. The volume concludes with reflections on the key challenges of urban warfare in the twenty-first century and beyond.