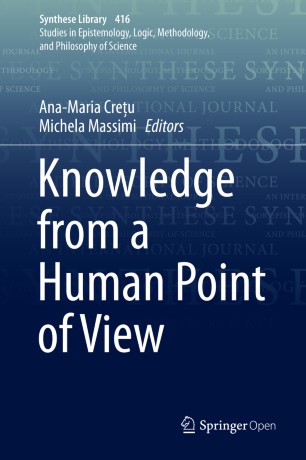 Knowledge from a Human Point of View

This open access book – as the title suggests – explores some of the historical roots and epistemological ramifications of perspectivism. Perspectivism has recently emerged in philosophy of science as an interesting new position in the debate between scientific realism and anti-realism. But there is a lot more to perspectivism than discussions in philosophy of science so far have suggested. Perspectivism is a much broader view that emphasizes how our knowledge (in particular our scientific knowledge of nature) is situated; it is always from a human vantage point (as opposed to some Nagelian "view from nowhere"). This edited collection brings together a diverse team of established and early career scholars across a variety of fields (from the history of philosophy to epistemology and philosophy of science). The resulting nine essays trace some of the seminal ideas of perspectivism back to Kant, Nietzsche, the American Pragmatists, and Putnam, while the second part of the book tackles issues concerning the relation between perspectivism, relativism, and standpoint theories, and the implications of perspectivism for epistemological debates about veritism, epistemic normativity and the foundations of human knowledge.