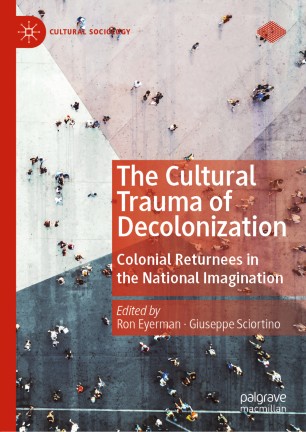 The Cultural Trauma of Decolonization

Colonial Returnees in the National Imagination

This volume is first consistent effort to systematically analyze the features and consequences of colonial repatriation in comparative terms, examining the trajectories of returnees in six former colonial countries (Belgium, France, Italy, Japan, the Netherlands, and Portugal). Each contributor examines these cases through a shared cultural sociology frame, unifying the historical and sociological analyses carried out in the collection. More particularly, the book strengthens and improves one of the most important and popular current streams of cultural sociology, that of collective trauma. Using a comparative perspective to study the trajectories of similarly traumatized groups in different countries allows for not only a thick description of the return processes, but also a thick explanation of the mechanisms and factors shaping them. Learning from these various cases of colonial returnees, the authors have been able to develop a new theoretical framework that may help cultural sociologists to explain why seemingly similar claims of collective trauma and victimhood garner respect and recognition in certain contexts, but fail in others.

Ron Eyerman is Emeritus Professor of Sociology at Yale University, USA, and affiliated with the Department of Sociology at the University of Lund, Sweden. He is the author of Memory, Trauma, and Identity (2019), Cultural Trauma (2001), and Music and Social Movements (1998), among many other titles. His interests include cultural and social movement theory, critical theory, cultural studies, and the sociology of the arts.

Giuseppe Sciortino is Professor of Sociology at the Università di Trento, Italy. He is the author of Rebus Immigrazione (2017) and the co-author of Great Minds: Encounters with Social Theory (2011, with G. Poggi). His interests include cultural sociology, social solidarity, and international migration studies.