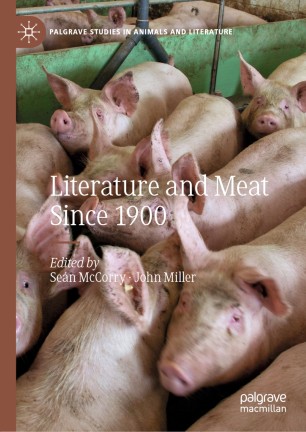 Literature and Meat Since 1900

This collection of essays centers on literary representations of meat-eating, bringing aesthetic questions into dialogue with more established research on the ethics and politics of meat. From the decline of traditional animal husbandry to the emergence of intensive agriculture and the biotechnological innovation of in vitro meat, the last hundred years have seen dramatic changes in meat production. Meat consumption has risen substantially, inciting the emergence of new forms of political subjectivity, such as the radical rejection of meat production in veganism. Featuring essays on both canonical and lesser-known authors, Literature and Meat Since 1900 illustrates the ways in which our meat regime is shaped, reproduced and challenged as much by cultural and imaginative factors as by political contestation and moral reasoning.