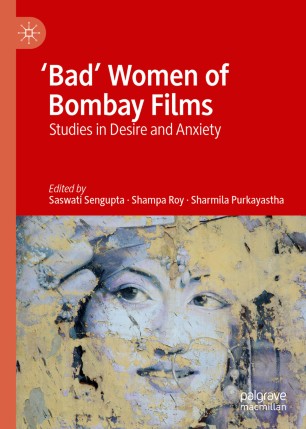 Studies in Desire and Anxiety

This book presents a feminist mapping of the articulation and suppression of female desire in Hindi films, which comprise one of modern India’s most popular cultural narratives. It explores the lineament of evil and the corresponding closure of chastisement or domesticity that appear as necessary conditions for the representation of subversive female desire. The term ‘bad’ is used heuristically, and not as a moral or essential category, to examine some of the iconic disruptive women of Hindi cinema and to uncover the nexus between patriarchy and other hierarchies, such as class, caste and religion in these representations.
The twenty-one essays examine the politics of female desire/s from the 1930s to the present day - both through in-depth analyses of single films and by tracing the typologies in multiple films. The essays are divided into five sections indicating the various gendered desires and rebellions that patriarchal society seeks to police, silence and domesticate.

Saswati Sengupta, Shampa Roy and Sharmila Purkayastha are Associate Professors of English at Miranda House, Delhi University, who explore the social and material relations in cultural narratives. As part of the Miranda House collective they have engaged with a classical Sanskrit text (Revisiting Abhijñānaśākuntalam, Sengupta and Tandon ed., 2012) and a modern Indian novel (Towards Freedom: Critical Essays on Rabindranath Tagore’s Home and the World, Sengupta, Roy and Purkayastha ed., 2007) before turning to the 'Bad' Women of Bombay Films.
Outside their collective endeavour, Saswati has contributed to Goddesses:The Oxford History of Hinduism(2018), and her novel, The Song Seekers (2011), was long listed for the DSC award for South Asian Literature. Shampa has published In Zenanas and Beyond (2011) and Gender and Criminality in Bangla Crime Narratives (2017). She also translates early Bangla crime narratives into English. Sharmila is currently working on women’s prison writings of the 1970s in India and in Latin America.