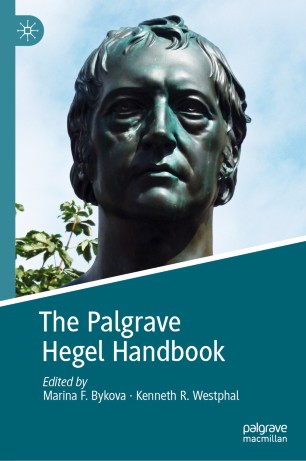 This handbook presents the conceptions and principles central to every aspect of Hegel’s systematic philosophy. In twenty-eight thematically linked chapters by leading international experts, The Palgrave Hegel Handbook provides reliable, scholarly overviews of each subject, illuminates the main issues and debates, and details concisely the considered views of each contributor. Recent scholarship challenges traditional, largely anti-Kantian, readings of Hegel, focusing instead on Hegel’s appropriation of Kantian epistemology to reconcile idealism with the rejection of foundationalism, coherentism and skepticism. Focused like Kant on showing how fundamental unities underlie the profusion of apparently independent events, Hegel argued that reality is rationally structured, so that its systematic structure is manifest to our properly informed thought. Accordingly, this handbook re-assesses Hegel’s philosophical aims, methods and achievements, and re-evaluates many aspects of Hegel’s enduring philosophical contributions, ranging from metaphysics, epistemology, and dialectic, to moral and political philosophy and philosophy of history. Each chapter, and The Palgrave Hegel Handbook as a whole, provides an informed, authoritative understanding of each aspect of Hegel’s philosophy.

Marina F. Bykova is Professor of Philosophy at North Carolina State University, USA. She is the author of Hegel’s Interpretation of Thinking (1990), The Mystery of Logic and the Secret of Subjectivity (1996), and co-author (with Andrei Krichevsky) of Absolute Idea and Absolute Spirit in Hegel's Philosophy (1993). She is also the editor of Russian translation of Hegel’s Phenomenology of Spirit (2000) and most recently of Hegel’s Philosophy of Spirit: Cambridge Critical Guide (2019) and The German Idealism Reader: Ideas, Responses and Legacy (forthcoming in 2020).

“The Palgrave Hegel Handbook clearly offers more than the other collections when it comes to topics in Hegel’s epistemology and philosophy of mind. … I shall simply state that there is a great deal in this volume that will be of interest to Hegel scholars and students, and that the Palgrave Hegel Handbook provides a valuable addition to the resources available to anyone engaging seriously with almost any facet of Hegel’s work.” (Robb Dunphy, Phenomenological Reviews, reviews.ophen.org, September 22, 2020)