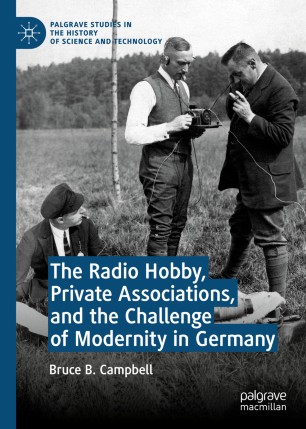 The Radio Hobby, Private Associations, and the Challenge of Modernity in Germany

In the early twentieth century, the magic of radio was new, revolutionary, and poorly understood. A powerful symbol of modernity, radio was a site where individuals wrestled and came to terms with an often frightening wave of new mass technologies. Radio was the object of scientific investigation, but more importantly, it was the domain of tinkerers, “hackers,” citizen scientists, and hobbyists. This book shows how this wild and mysterious technology was appropriated by ordinary individuals in Germany in the first half of the twentieth century as a leisure activity. Clubs and hobby organizations became the locus of this process, providing many of the social structures within which individuals could come to grips with radio, apart from any media institution or government framework. In so doing, this book uncovers the vital but often overlooked social context in which technological revolutions unfold.