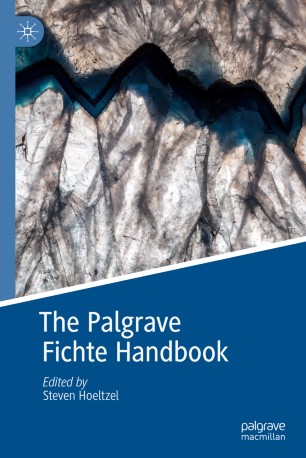 This Handbook provides a comprehensive single-volume treatment of Fichte’s philosophy. In addition to offering new researchers an authoritative introduction and orientation to Fichtean thought, the volume also surveys the main scholarly and philosophical controversies regarding Fichtean interpretation, and defends a range of philosophical theses in a way that advances the scholarly discussion. Fichte is the first major philosopher in the post-Kantian tradition and the first of the great German Idealists, but he was no mere epigone of Kant or precursor to Hegel. His work speaks powerfully and originally to a wide range of issues of enduring concern, and his many innovations importantly anticipate major developments, including absolute idealism, phenomenology, and existentialism. He is therefore not only a path-breaking thinker but also a pivotal figure in Western intellectual history. Wide-ranging, well-organised and timely, this key volume makes Fichte’s work both accessible and relevant. It is essential reading for scholars, graduate researchers and advanced students interested in Fichte, German Idealism, and the history of nineteenth-century philosophy in the West.

Steven Hoeltzel is Professor of Philosophy at James Madison University, Virginia, USA. He specialises in the work of Kant and Fichte,with a focus on the complicated relations between Fichte’s positions, their Kantian prototypes, and their Schellingean and Hegelian successors. He is co-editor (with Halla Kim) of Kant, Fichte, and the Legacy of Transcendental Idealism (2014) and Transcendental Inquiry: Its History, Methods and Critiques (2016).