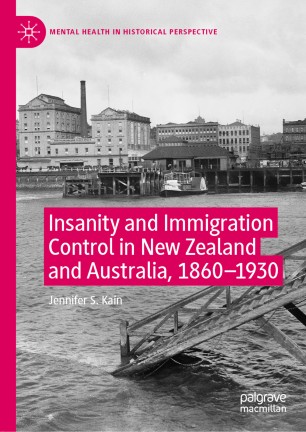 Insanity and Immigration Control in New Zealand and Australia, 1860–1930

This book examines the policy and practice of the insanity clauses within the immigration controls of New Zealand and the Commonwealth of Australia. It reveals those charged with operating the legislation to be non-psychiatric gatekeepers who struggled to match its intent. Regardless of the evolution in language and the location at which a migrant’s mental suitability was assessed, those with ‘inherent mental defects’ and ‘transient insanity’ gained access to these regions. This book accounts for the increased attempts to medicalise border control in response to the widening scope of terminology used for mental illnesses, disabilities and dysfunctions. Such attempts co-existed with the promotion of these regions as ‘invalids’ paradises’ by governments, shipping companies, and non-asylum doctors. Using a bureaucratic lens, this book exposes these paradoxes, and the failings within these nineteenth- and early twentieth-century Australasian nation-state building exercises.