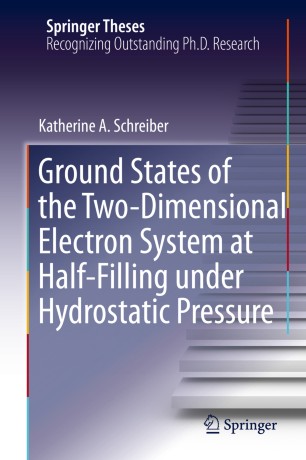 This thesis presents the discovery of a surprising phase transition between a topological and a broken symmetry phase. Phase transitions between broken symmetry phases involve a change in symmetry and those between topological phases require a change in topological order; in rare cases, however, transitions may occur between these two broad classes of phases in which the vanishing of the topological order is accompanied by the emergence of a broken symmetry. This thesis describes observations of such a special phase transition in the two-dimensional electron gas confined in the GaAs/AlGaAs structures. When tuned by hydrostatic pressure, the ν = 5/2 and ν = 7/2 fractional quantum Hall states, believed to be prototypical non-Abelian topological phases of the Pfaffian universality class, give way to an electronic nematic phase. Remarkably, the fractional quantum Hall states involved are due to pairing of emergent particles called composite fermions. The findings reported here, therefore, provide an interesting example of competition of pairing and nematicity. This thesis provides an introduction to quantum Hall physics of the two-dimensional electron gas, contains details of the high pressure experiments, and offers a discussion of the ramifications and of the origins of the newly reported phase transition.