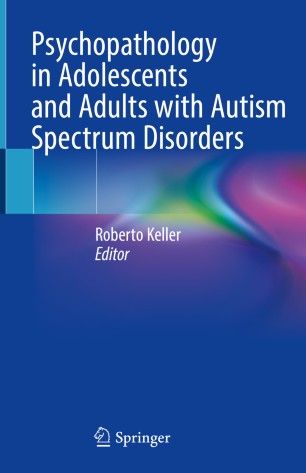 Psychopathology in Adolescents and Adults with Autism Spectrum Disorders

This book provides a comprehensive overview of the diagnosis, management and treatment of the psychiatric comorbidities encountered in adolescents and adults with Autism Spectrum Disorder (ASD). After discussing key issues in diagnosing ASD in adolescents and adults, the opening part of the book examines the genetics, neuroimaging and neuropsychology of ASD. Several chapters are then devoted to all of the psychiatric comorbidities such as psychosis, obsessive-compulsive disorder, depression, bipolar disorder, anxiety disorders, eating disorders etc. For each disorder, the clinical symptoms, biological basis, diagnostic criteria and treatment options are described in detail. In addition, a special chapter is devoted to people with intellectual disabilities. Thanks to its clear approach,Psychopathology in Adolescents and Adults with Autism Spectrum Disorders will be an invaluable resource for psychiatrists, psychologists and neuropsychiatrists, as well as allied mental health professionals, caring for these patients.

Roberto Keller, MD, psychiatrist, child neuropsychiatrist, and psychotherapist, is the Director of the Piemonte Regional Center for Autism Spectrum Disorders in Adulthood, Turin, Italy; he's Adjunct Professor of Psychiatry at the Department of Psychology, University of Turin, Italy; he is member of National Autism Guidelines Panel at the National Higher Health Institute - ISS. He has been working as a psychiatrist at the Local Health Unit of Turin, Mental Health Department, since 2000. He is also  member of the Italian Society of Psychiatry (SIP) and the Italian Society of Neurodevelopmental Disorders (SIDIN). Dr. Keller has published more than 90 papers in both national and international journals  and is the editor of an Italian-language book on the Diagnosis and Treatment of ASD in Adults and teaches in several Autism Master.