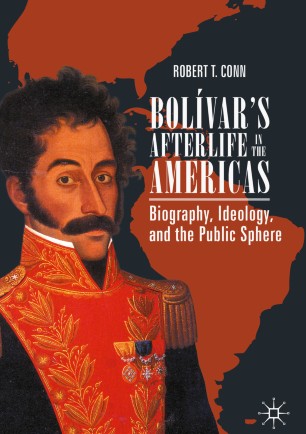 Bolívar’s Afterlife in the Americas

Biography, Ideology, and the Public Sphere

Simón Bolívar is the preeminent symbol of Latin America and the subject of seemingly endless posthumous attention. Interpreted and reinterpreted in biographies, histories, political writings, speeches, and works of art and fiction, he has been a vehicle for public discourse for the past two centuries. Robert T. Conn follows the afterlives of Bolívar across the Americas, tracing his presence in a range of competing but interlocking national stories. How have historians, writers, statesmen, filmmakers, and institutions reworked his life and writings to make cultural and political claims? How has his legacy been interpreted in the countries whose territories he liberated, as well as in those where his importance is symbolic, such as the United States? In answering these questions, Conn illuminates the history of nation building and hemispheric globalism in the Americas.

Robert T. Conn is Professor of Spanish and Latin American Studies at Wesleyan University. He is the author of The Politics of Philology: Alfonso Reyes and the Invention of the Latin American Literary Tradition.

“Bolívar’s Afterlife in the Americas offers a rewarding and erudite overview of the political narratives that have framed politics in the region since liberation. It also serves as a warning: Read historical biographies with care.” (Oliver Balch, Americas Quarterly, January 13, 2020)