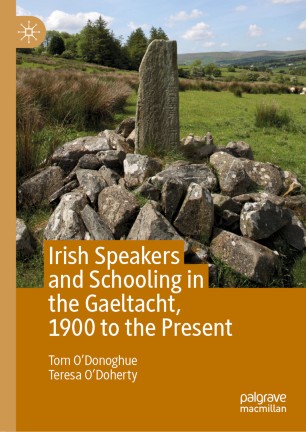 Irish Speakers and Schooling in the Gaeltacht, 1900 to the Present

This book offers the first full-length study of the education of children living within the Gaeltacht, the Irish-speaking communities in Ireland, from 1900 to the present day. While Irish was once the most common language spoken in Ireland, by 1900 the areas in which native speakers of Irish were located contracted to such an extent that they became clearly identifiable from the majority English-speaking parts. In the mid-1920s, the new Irish Free State outlined the broad parameters of the boundaries of these areas under the title of ‘the Gaeltacht’. This book is concerned with the schooling of children there. The Irish Free State, from its establishment in 1922, eulogized the people of the Gaeltacht, maintaining they were pious, heroic and holders of the characteristics of an invented ancient Irish race. Simultaneously, successive governments did very little to try to regenerate the Gaeltacht or to ensure Gaeltacht children would enjoy equality of education opportunity. Furthermore, children in the Gaeltacht had to follow the same primary school curriculum as was prescribed for the majority English speaking population. The central theme elaborated on throughout the book is that this schooling was one of a number of forces that served to maintain the people of the Gaeltacht in a marginalized position in Irish society.