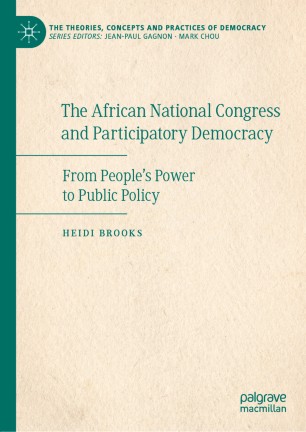 Part of the The Theories, Concepts and Practices of Democracy book series (PSTCD)

This book examines the development of democratic thought in the African National Congress (ANC) of South Africa, with a focus on the movement’s ideas about participatory democracy. It makes particular reference to two key periods: the 1980s ‘people’s power’ movement and the subsequent years of policy formulation from 1990 when the ANC began to design and implement a system of participatory democracy alongside a representative government. Through the examination of historic documents and in-depth interviews with former ANC activists, government officials and those involved in policy development, the author explores the inspiration for the party’s commitment to establishing participatory democracy. The book combines democratic theory and political and intellectual history to look at the role of popular participation as part of a broader trajectory of the ANC’s democratic thought. It critically engages with concepts used in the party’s participatory discourse with a view to deepening our understanding of how ideas have shaped the construction of South Africa’s democracy.

Heidi Brooks is Senior Lecturer in Political and International Studies at IIE MSA and Senior Research Associate at the Centre for Social Change, University of Johannesburg, South Africa. She has produced several publications on the development of democratic thought in the ANC and on conceptions of democracy in South Africa.