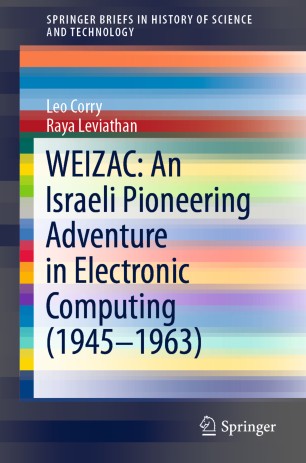 The book tells the unique story of WEIZAC, an early computer built by a “new nation” in the early 1950s. It was created in Israel, even though the feasibility of this project was actually close to null when it was initially conceived, in 1946, and, unlike most of the early computer projects, was privately financed mainly by the Jewish world community. The book draws on a wealth of documents and historical insights to reveal the processes and powers that led to the successful completion of the project and, as well as its actual impact on scientific activities in Israel, and on the rise of a local computing community.

Based on archival data, the book shows how a synergy of personal dedication together with an organizational and national mission that links the Zionist vision with science and technology for the Jewish people helped to achieve a well-defined goal.
The book offers intriguing insights and refreshing perspectives to all readers interested in the Zionist movement or in the history of computing.