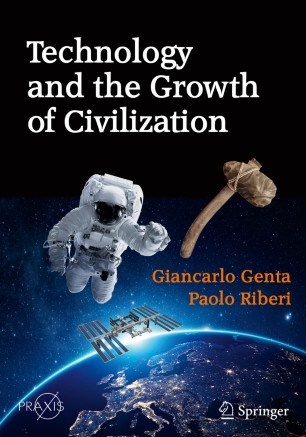 Technology and the Growth of Civilization

Our natural world has been irretrievably altered by humans, for humans. From domesticated wheat fields to nuclear power plants and spacecraft, everything we see and interact with has in some way been changed by the presence of our species, starting from the Neolithic era so many centuries ago.

This book provides a crash course on the issues and debates surrounding technology’s shifting place in our society. It covers the history of our increasingly black-box world, which some theorize will end with technology accelerating beyond our understanding. At the same time, it analyzes competing trends and theories, the lack of scientific knowledge of large sections of the population, the dogmas of pseudoscience, and the growing suspicion of science and technology, which may inevitably lead to scientific stagnation.

What will the future of our civilization look like? How soon might scientific acceleration or stagnation arrive at our doorstep, and just how radically will such technological shifts change our culture? These are issues that we must address now, to insure our future goes the way we choose.

Professor Giancarlo Genta has been full Professor of Construction of Machines since 1987 and taught courses on Astronautic Propulsion, Construction of aircraft engines and motor vehicle technology. Since 1997 he has been Professor of Applied Stress Analysis II at the Master of Science courses of the University of Michigan which are held at the Politecnico di Torino. His research has been focused on those subjects of Applied Mechanics more linked with the construction of machines, and particularly on static and dynamic structural analysis, dynamics of rotating machinery and of controlled systems, magnetic bearings. He is one of the founders of the Interdipartimental Mechatronics Laboratory of Politecnico di Torino, in which he works in the development of magnetic bearings and walking robots and components for spacecraft. Since 2012 he has chaired of study group SG 3.16 of the International Academy of Astronautics: Global human Mars system mission’s exploration, goals, requirements and technologies.
Genta is author of 24 books and 90 papers published in Italian, American and English Journals, and 263 papers presented to symposia. Two of the books are text books of Motor Vehicle Mechanics, Mechanics of Vibration and Mechanics of Space Robots (published in Italian and English), used in Italian and American Universities. Genta coauthored a well-received popular science book on space exploration with Michael Rycroft, published by Cambridge University Press. It received very good reviews, including a very favourable one from A.C. Clarke (see his author's website) and a popular science book on the "Search for Extraterrestrial Intelligence". He has also written two science fiction novels published in the Science and Fiction series by Springer.
Paolo Riberi’s independent research activity is mainly focused on Ancient Christian Literature. He is author of two books about Gnosticism and Apocryphal Gospels, both published in Italian and titled "Maria Maddalena e le altre: le figure femminili degli gnostici" (2015) and "Pillola Rossa o Loggia Nera? Messaggi gnostici nel cinema tra Matrix, Westworld e Twin Peaks" (2017). He took part in a multi-author paper about Medieval Syriac literature coordinated by prof. Alessandro Mengozzi with fellow researchers Alessandra Barotto and Monica Volpicelli, titled “La verità visibile nella natura e nella scrittura: Sul baco da seta di Khamis bar Qardaḥe”, and published on KERVAN International Journal of Afro-Asiatic Studies in 2011.