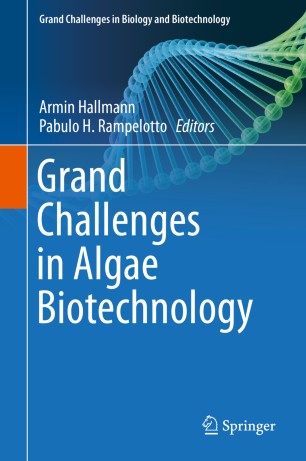 In this book, researchers and practitioners working in the field present the major promises of algae biotechnology and they critically discuss the challenges arising from applications. Based on this assessment, the authors explore the great scientific, industrial and economic potential opened up by algae biotechnology. The first part of the book presents recent developments in key enabling technologies, which are the driving force to unleash the enormous potential of algae biotechnology. The second part of the book focuses on how practical applications of algae biotechnology may provide new solutions to some of the grand challenges of the 21st century.
Algae offer great potential to support the building of a bio-based economy and they can contribute new solutions to some of the grand challenges of the 21st century. Despite significant progress, algae biotechnology is yet far from fulfilling its potential. How to unleash this enormous potential is the challenge that the own field is facing. New cultivation technologies and bioprocess engineering allow for optimization of the operation strategy of state-of the art industrial-scale production systems and they reduce the production costs. Parallel to this, new molecular technologies for genetic and metabolic engineering of (micro)algae develop quickly. The optimization of existing biochemical pathways or the introduction of pathway components makes high-yield production of specific metabolites possible. Novel screening technologies including high-throughput technologies enables testing of extremely large numbers of samples and, thus, allow for large scale modelling of biomolecular processes, which would have not been possible in the past. Moreover, profitable production can demand for integrated biorefining, which combines consecutive processes and various feedstocks to produce both transportation fuel, electric energy and valuable chemicals.