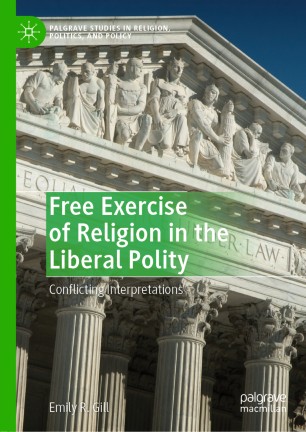 Free Exercise of Religion in the Liberal Polity

This book addresses the challenge of providing for the free exercise of religion without allowing religious exercise by some individuals and groups to impinge upon the conscientious convictions of others. State neutrality toward religion is impossible, because neutrality means inattention to religion for some, but leveling the playing field through accommodations or exemptions for others. Both formal and substantive neutrality have a place in addressing particular conflicts. One such example is public funding for religiously affiliated social service programs, for which neither type of neutrality is satisfactory and thus some restrictions are justifiable; conversely, private voluntary organizations that do not receive direct public funding should be allowed wide latitude regarding their practices. This title also examines the expansive free exercise claims that are now made by those who argue that following the law impinges upon their beliefs, as exemplified by the ministerial exception and the Hobby Lobby and Masterpiece Cakeshop Supreme Court cases. It concludes by analyzing the relationship between neutrality and marriage as a civil status, which impacts a variety of commitment types and plural marriage.