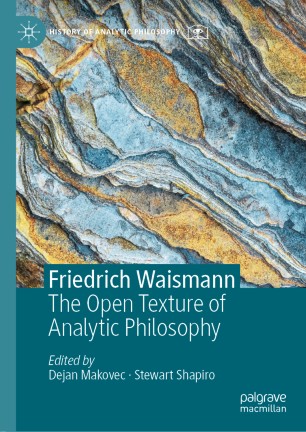 The Open Texture of Analytic Philosophy

This edited collection covers Friedrich Waismann's most influential contributions to twentieth-century philosophy of language: his concepts of open texture and language strata, his early criticism of verificationism and the analytic-synthetic distinction, as well as their significance for experimental and legal philosophy.

In addition, Waismann's original papers in ethics, metaphysics, epistemology and the philosophy of mathematics are here evaluated. They introduce Waismann's theory of action along with his groundbreaking work on fiction, proper names and Kafka's Trial.

Waismann is known as the voice of Ludwig Wittgenstein in the Vienna Circle. At the same time we find in his works a determined critic of logical positivism and ordinary language philosophy, who anticipated much later developments in the analytic tradition and devised his very own vision for its future.