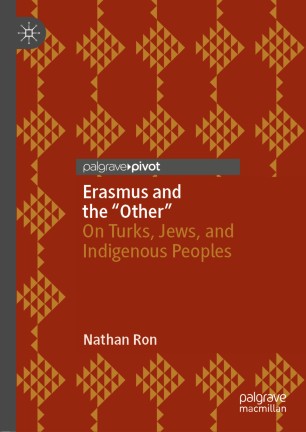 Erasmus and the “Other”

On Turks, Jews, and Indigenous Peoples

This book investigates how Erasmus viewed non-Christians and different races, including Muslims, Jews, the indigenous people of the Americas, and Africans. Nathan Ron argues that Erasmus was devoted to Christian Eurocentrism and not as tolerant as he is often portrayed. Erasmus’ thought is situated vis-à-vis the thought of contemporaries such as the cosmographer and humanist Aeneas Sylvius Piccolomini who became Pope Pius II; the philosopher, scholar, and Cardinal, Nicholas of Cusa; and the Dominican missionary and famous defender of the Native Americans, Bartolomé Las Casas. Additionally, the relatively moderate attitude toward Islam which was demonstrated by Michael Servetus, Sebastian Franck, and Sebastian Castellio is analyzed in comparison with Erasmus’ harsh attitude toward Islam/Turks.

Nathan Ron is Research Fellow at the School of History, The University of Haifa, Israel.

“Nathan Ron’s book helps us to gain some insight not only into Erasmus but also into our own process of understanding the past and our present condition, as scholars and intellectuals.” (William Barker, Renaissance and Reformation, Vol. 43 (1), 2020)