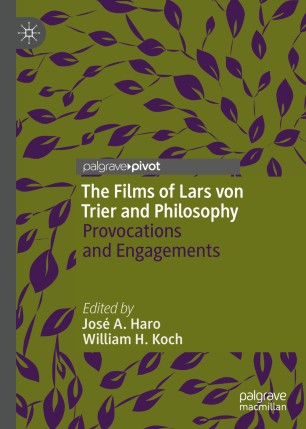 The Films of Lars von Trier and Philosophy

“Grappling with the social, emotional, and aesthetic dilemmas that von Trier’s films put into the spectator’s court, this book pushes philosophy and aesthetics to take up vast queries about value, destruction, racial and gender domination, and the end of the world. Uncovering how von Trier’s cinema circumscribes fantasy, the creation of meanings for life, and a loss of meaningfulness, this anthology signals a role for art and performance in crafting those investments and commitments.”
–Monique Roelofs, Professor of Philosophy at Hampshire College and Karl Loewenstein Fellow and Visiting Professor of Political Science at Amherst College, is the author of The Cultural Promise of the Aesthetic (2014) and Arts of Address: Being Alive to Language and the World (2020).

The films of Lars von Trier offer unique opportunities for thinking deeply about how Philosophy and Cinema speak to one another. The book addresses von Trier’s films in order of their release. The earlier chapters discuss his Golden Heart trilogy and USA: Land of Opportunities series by addressing issues of potential misogyny, ethical critique, and racial justice. The later chapters focus on his Depression Trilogy and address the undermining of gender binaries, the psychoanalytic meaning of the sacrifice of children and depression, and philosophical questions provoked by the depiction of the end of the world. Taken together, the volume explores the topics of Philosophical Psychology, Social Theory, Political Theory, Theories of the Self, Philosophy of Race, and Feminist Thought, and opens a conversation about von Trier’s important work.