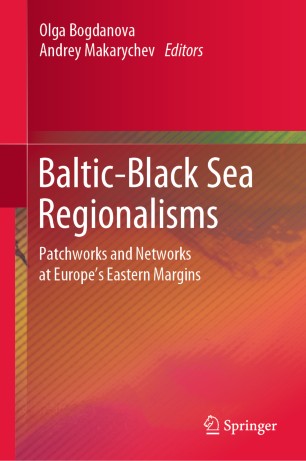 This edited volume focuses on various forms of regionalism and neighborhoods in the Baltic-Black Sea area. In the light of current reshaping of borderlands and new geopolitical and military confrontations in Europe’s eastern margins, such as the annexation of Crimea and the war in Donbas, this book analyzes different types and modalities of regional integration and region-making from a comparative perspective. It conceptualizes cooperative and conflictual encounters as a series of networks and patchworks that differently link and relate major actors to each other and thus shape these interconnections as domains of inclusion and exclusion, bordering and debordering, securitization and desecuritization. This peculiar combination of geopolitics, ethnopolitics and biopolitics makes the Baltic-Black Sea trans-national region a source of inspiring policy practices, and, in the light of new security risks, a matter of increased concern all over Europe. The contributors from various disciplines cover topics such as cultural and civilizational spaces of belonging and identity politics, the rise of right-wing populism, region building under the condition of multiple security pressures, and the influence and regional strategies of different external powers, including the EU, Russia, and Turkey, on cross- and trans-regional relations in the area.

Olga Bogdanova, M.A., is the Vice Director for Academic Affairs of the Johan Skytte Institute of Political Studies at the University of Tartu, Estonia. She is a professional semiotician and runs a number of educational projects with post-Soviet universities.

Dr. Andrey Makarychev is a Guest Professor at the Johan Skytte Institute of Political Studies at the University of Tartu, Estonia, where he teaches courses on EU-Russia relations, regionalism in the post-Soviet space, critical theories, and globalization. His co-edited volumes were published by various international publishers.