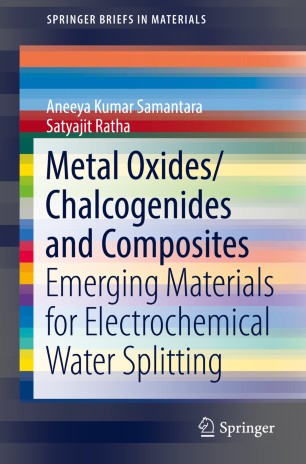 This book covers the recent development of metal oxides, hydroxides and their carbon composites for electrochemical oxidation of water in the production of hydrogen and oxygen as fuels. It includes a detailed discussion on synthesis methodologies for the metal oxides/hydroxides, structural/morphological characterizations, and the key parameters (Tafel plot, Turnover frequency, Faradic efficiency, overpotential, long cycle life etc.) needed to evaluate the electrocatalytic activity of the materials. Additionally, the mechanism behind the electro oxidation process is presented. Readers will find a comprehensive source on the close correlation between metal oxides, hydroxides, composites, and their properties and importance in the generation of hydrogen and oxygen from water.
The depletion of fossil fuels from the earth’s crust, and related environmental issues such as climate change, demand that we search for alternative energy resources to achieve some form of sustainable future. In this regard, much scientific research has been devoted to technologies such as solar cells, wind turbines, fuel cells etc. Among them fuel cells attract much attention because of their versatility and efficiency. In fuel cells, different fuels such as hydrogen, CO2, alcohols, acids, methane, oxygen/air, etc. are used as the fuel, and catalysts are employed to produce a chemical reaction for generating electricity. Hence, it is very important to produce these fuels in an efficient, eco-friendly, and cost effective manner. The electrochemical splitting of water is an environmentally friendly process to produce hydrogen (the greener fuel used in fuel cells), but the efficiencies of these hydrogen evolution reactions (cathodic half reaction) are strongly dependent on the anodic half reaction (oxygen evolution reaction), i.e., the better the anodic half, the better will be the cathodic reaction. Further, this oxygen evolution reaction depends on the types of active electrocatalysts used. Though many more synthetic approaches have been explored and different electrocatalysts developed, oxide and hydroxide-based nanomaterials and composites (with graphene, carbon nanotubes etc.) show better performance. This may be due to the availability of more catalytic surface area and electro active centers to carry out the catalysis process.

Dr. Aneeya Kumar Samantara is presently working as a post-doctoral fellow at School of Chemical Sciences, National Institute of Science Education and Research, Khordha, Odisha, India. He has pursued his PhD. at CSIR-Institute of Minerals and Materials Technology, Bhubaneswar, Odisha, India. Before joining the PhD. program, he completed the Master of philosophy (M.Phil.) in chemistry from Utkal University and Master in Science in Advanced Organic Chemistry at Ravenshaw University, Cuttack, Odisha. Aneeya’s research interests include the synthesis of metal oxide/chalcogenides and graphene composites for energy storage and conversion applications. To his credit, he has authored or co-authored 21 (twenty one) peer-reviewed international journal articles, six books (two books for Springer, two for Arcler Press and two in Global Publishing house, India) and four book chapters. Four books and two research journals are in press and are expected to publish soon.

Dr. Satyajit Ratha has pursued his PhD at the School of Basic Sciences, Indian Institute of Technology, Bhubaneswar, India. Prior to joining IIT Bhubaneswar, he received his Bachelor of Science, First Class Honours from Utkal University, in 2008 and Master of Science from Ravenshaw University in 2010. Satyajit’s research interests include two dimensional semiconductors, nanostructure synthesis, applications, energy storage devices and supercapacitors. He has authored or co-authored about 20 articles in peer-reviewed, international journals, two books for Springer and two for Arcler Press.