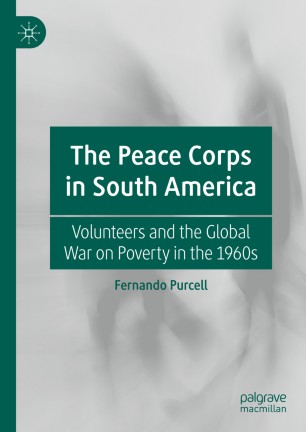 The Peace Corps in South America

Volunteers and the Global War on Poverty in the 1960s

In the 1960s, twenty-thousand young Americans landed in South America to serve as Peace Corps volunteers. The program was hailed by President John F. Kennedy and by volunteers themselves as an exceptional initiative to end global poverty. In practice, it was another front for fighting the Cold War and promoting American interests in the Global South. This book examines how this ideological project played out on the ground as volunteers encountered a range of local actors and agencies engaged in anti-poverty efforts of their own. As they negotiated the complexities of community intervention, these volunteers faced conflicts and frustrations, struggled to adapt, and gradually transformed the Peace Corps of the 1960s into a truly global, decentralized institution. Drawing on letters, diaries, reports, and newsletters created by volunteers themselves, Fernando Purcell shows how their experiences offer an invaluable perspective on local manifestations of the global Cold War.

Fernando Purcell is Professor of History at the Pontificia Universidad Católica de Chile. He earned his PhD from the University of California, Davis, USA, and is the author of several books on US-Latin American relations.