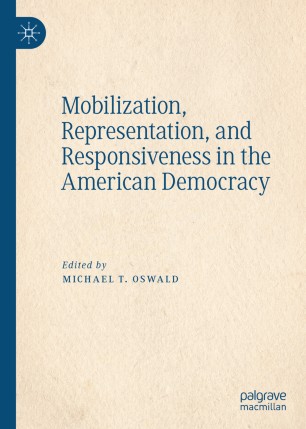 Mobilization, Representation, and Responsiveness in the American Democracy

This edited volume investigates America’s  transforming democracy as it faces the challenges and developments of the 21st century—challenges and developments that have brought deep dissatisfaction, cultural fragmentation, and economic indignation. Although political power remains in the hands of the people, a fundamental incapability to compromise has locked policymakers in a permanent stalemate. In this legislative paralysis, grassroots movements build more and more momentum amidst regular protests and civil disobedience. This new political vigor and dynamism is dualistic, portending either a future of falsehoods and authoritarianism or a more empowering and direct form of democracy. This book ultimately seeks to understand how the US government is frantically adjusting to these sharp cultural, technological, and economic changes.